Art and music have always been important parts of Benjamin Perdue’s life. He started doing street art in his early twenties and now his artistry incorporates a combination of street/urban art and expressionistic stylings which he creates under the pseudonym RPBLIK.

Benjamin Perdue is a half-British, half-Canadian artist who currently lives in Norway. Growing up in Nottingham, England, he embraced an artistic lifestyle, immersing himself in the street art and music scenes of his hometown - the name RPBLIK itself derived from his old punk band “Noise Republic”

– The pseudonym initially allowed me to put up public pieces without anyone knowing who I was. Like most street artists, I had no intention of being caught on the wrong side of the law when I was simply trying to express myself in a positive manner. Now the name RPBLIK has become something of a company brand for all my creative endeavours.

After relocating to Norway, Benjamin Perdue no longer had the same creative surroundings. The language barrier and the new, unfamiliar context meant he couldn’t rely on music in the same way as before.

– I didn’t realize quite how severe an impact that was at first and after a few years of having no sort of creative outlet I started to become very depressed. Previously I always used art and music in particular as coping mechanisms in life. When I no longer had a band to fall back on, I looked for alternatives and ultimately I went back to painting.

He predominantly paints expressionistic pieces and has been active on the street art scene since the late 90's. Now he combines the two styles offset against well known pop culture imagery. To feel free in his creativity he uses broad brush strokes and doesn’t like to micromanage details too much. He incorporates both expressionism and street art into his work, creating something a little bit different, always striving to evolve.

– My street art is really an extension of the expressionistic pieces I do. The last few years have really been me jumping back on it and blowing some dust off. It’s like riding a bike but the difference is that this time there are no handlebars on it, the seat has changed and the pedals are on fire. It took a while to come back to it but at least I’m in the swing of it again.

His art mainly portrays iconic people or characters from movies or retro video games and although he doesn’t want to sound at all pretentious, his work does have an underlying meaning.

– As a child in the 80's and a teenager in the 90's, I recall vividly the pixilation that occurs in old cathode ray tube televisions. Watching movies and playing the video games of that era amplified childhood imagination and offered an escape from reality. And yet for all the escapism that it offered, we were still on the outside of the screen looking in. The glass barrier separating the allure of the movie star from the reality of a kid hating homework and chores. I started to see the pixels in the screen as gatekeepers to a life less mundane.

Although he mostly depicts celebrities, he himself does not have a glorified idea of their existence. It is the concept of their reality versus our own that makes it an interesting element.

– I see pop culture icons as a “layers of reality” metaphor, the layers they operate in showing people through these screens what their creators want them to see and believe. But the reality, may often be somewhat removed from the truth. Fame and money don’t necessarily equate to contentment and life isn’t about getting what you want, rather wanting what you’ve got. Incorporating pixilation, in my case erratic dots and squares, into paintings has been a way of both visually defining these thought processes and bringing a sense of cohesion to my works.

For Benjamin Perdue it is also a way of coping with changes in life. He has struggled a lot with depression and insomnia but through his art he has been able to navigate the difficult periods.

– I don’t like change, yet we cannot escape it. In order for me to comfortably adapt to life changes I have to feed my creativity - something that captures that part of my life while it’s happening. That’s my way of accepting what is going on and process those changes. Not all of them are bad, not all of them are great, it is just changes that happen.

In Haugesund, the city where Benjamin Perdue lives, the council resisted street art for a long time.

– They had a lot of problems with tagging which I think made them a little skeptical to endorsing street art. But in august of 2021 they launched a project to see if there were any street artists in the city, opening up a building for anyone to paint on it, which allowed me to put some of my own work up there.

By chance, the person running the project was driving past when Benjamin was spraying a piece up. They had a coffee together and discussed future street art projects for the city which he was asked to be a part of. He was granted permission to do something in the local skatepark. Fittingly, he sprayed a large portrait of professional skateboarder Tony Hawk, in the park. Additionally he was also asked to run a street art workshop for younger kids - something that turned out to be a great inspiration to both parties.

– That really made an impact on me as well. With the experiences I had during adolescence, I felt I could relate to the dissatisfaction some of these kids might have in their own lives. Without music or art in my life back at their age, I could easily have gone on a much darker path then the one I ended up on. Although I’m far from a perfect role model, I felt I could influence them in a positive way. Whichever creative medium you use, if it can evoke an uplifting reaction in somebody else then that’s a win.

According to Benjamin Perdue, art is about conveying emotion and feelings; it is a reflection of something you experience at the time.

– Art and music have always given me a way to tune out the rampant thought patterns I have. The kid dreaming in front of that TV didn’t realise back then that the best escape from reality was in his fingertips, through a paint brush.

These last few years have been a challenge for everyone and Benjamin Perdue feels that freedom, expression and escapism is more important than ever.

– Life goes on and these challenges represent another layer of reality we need to peel back together. Art can be used to inspire people, stimulate their ways of thinking or be a way of highlighting the more important issues that we all face. Put simply, art is the visual vehicle of a creative person singing songs of hope for a better future. Isn’t that something we should all be striving for? 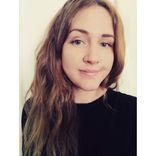 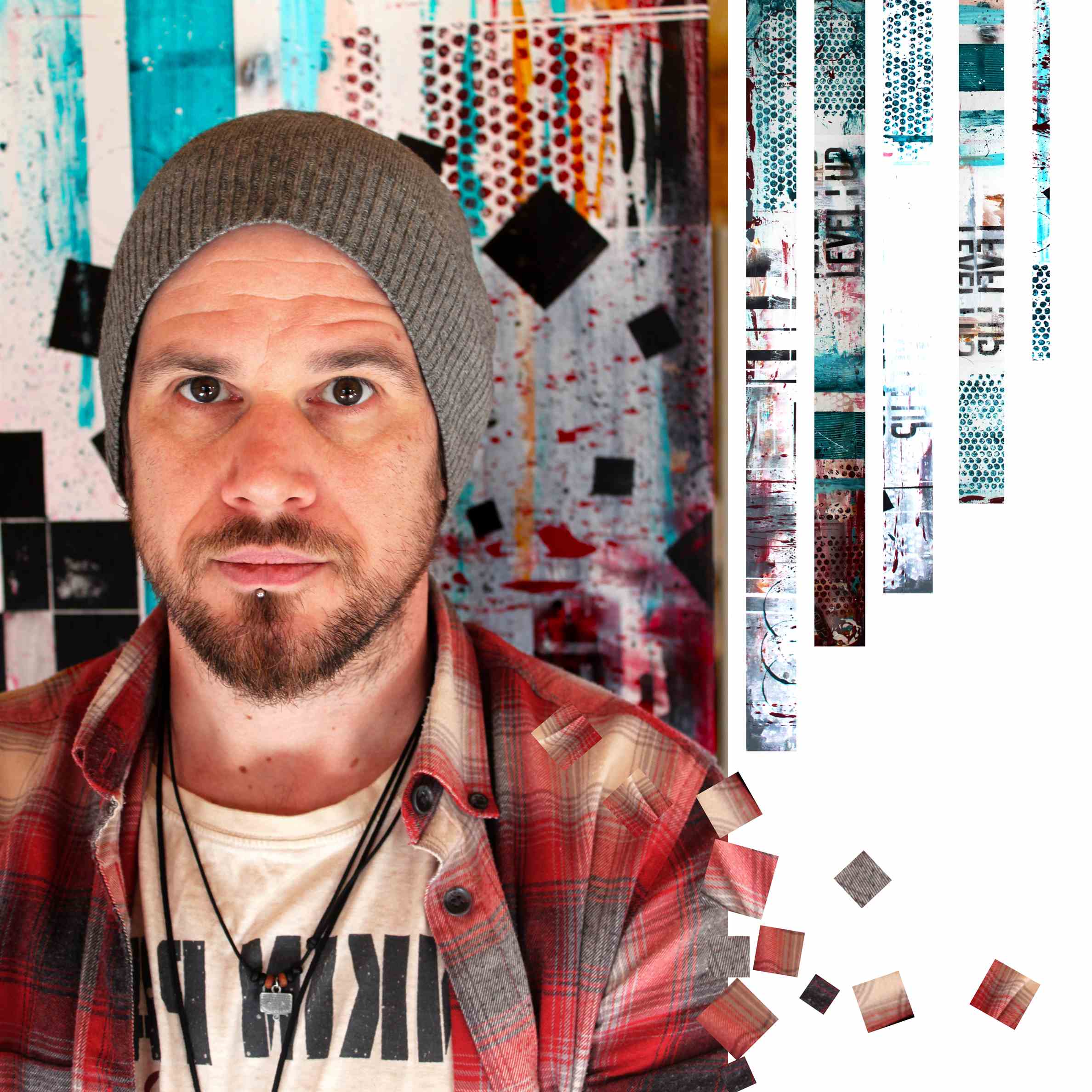 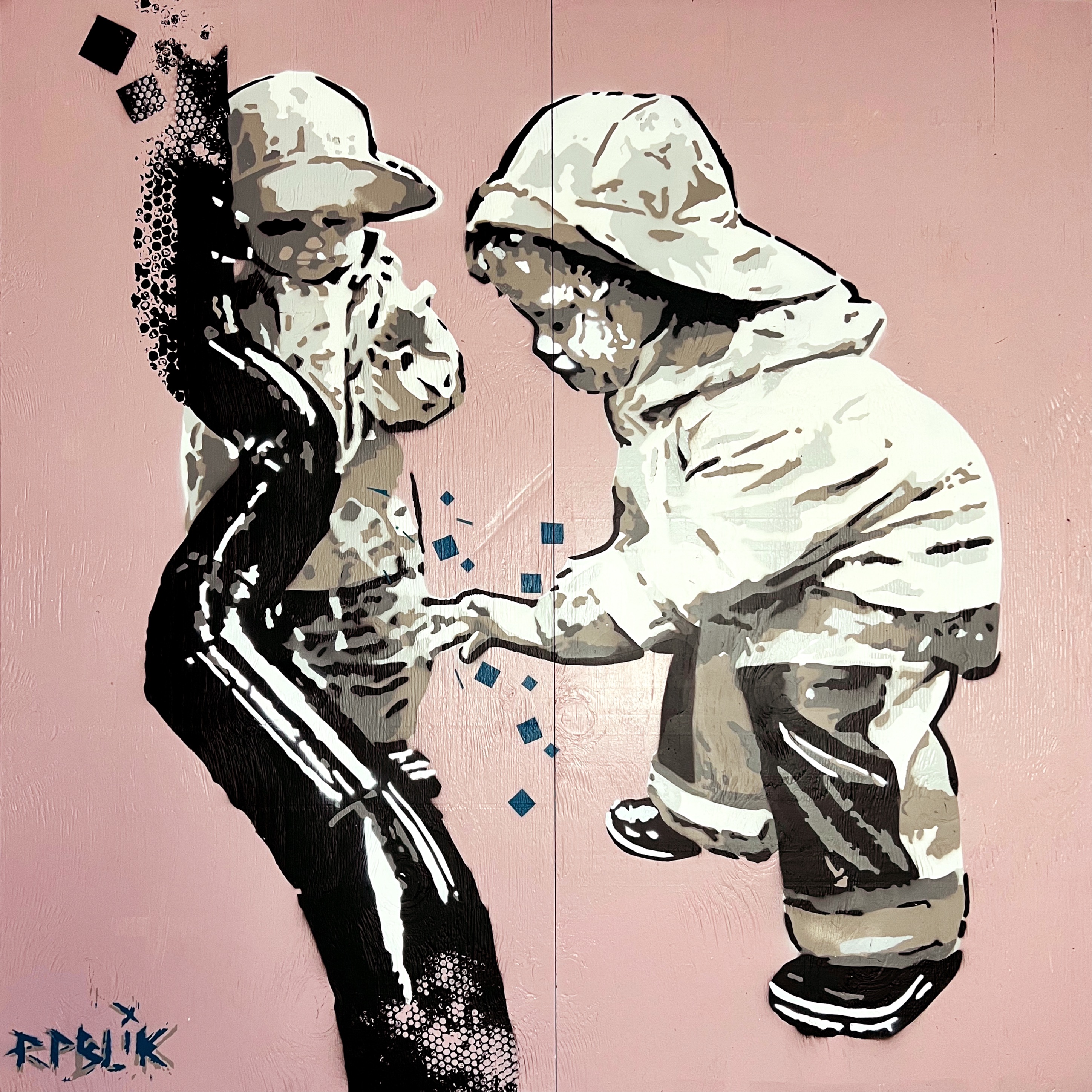 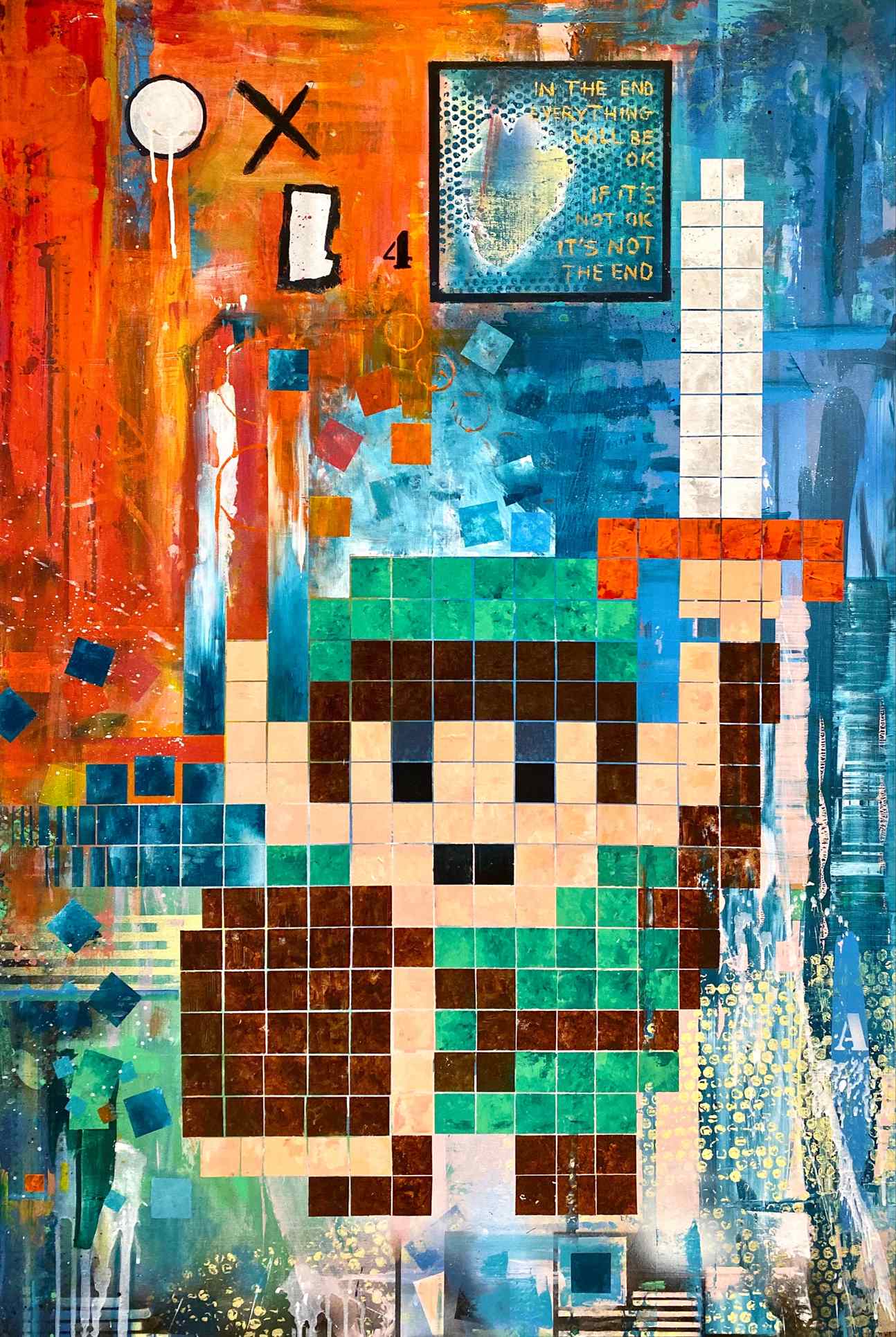 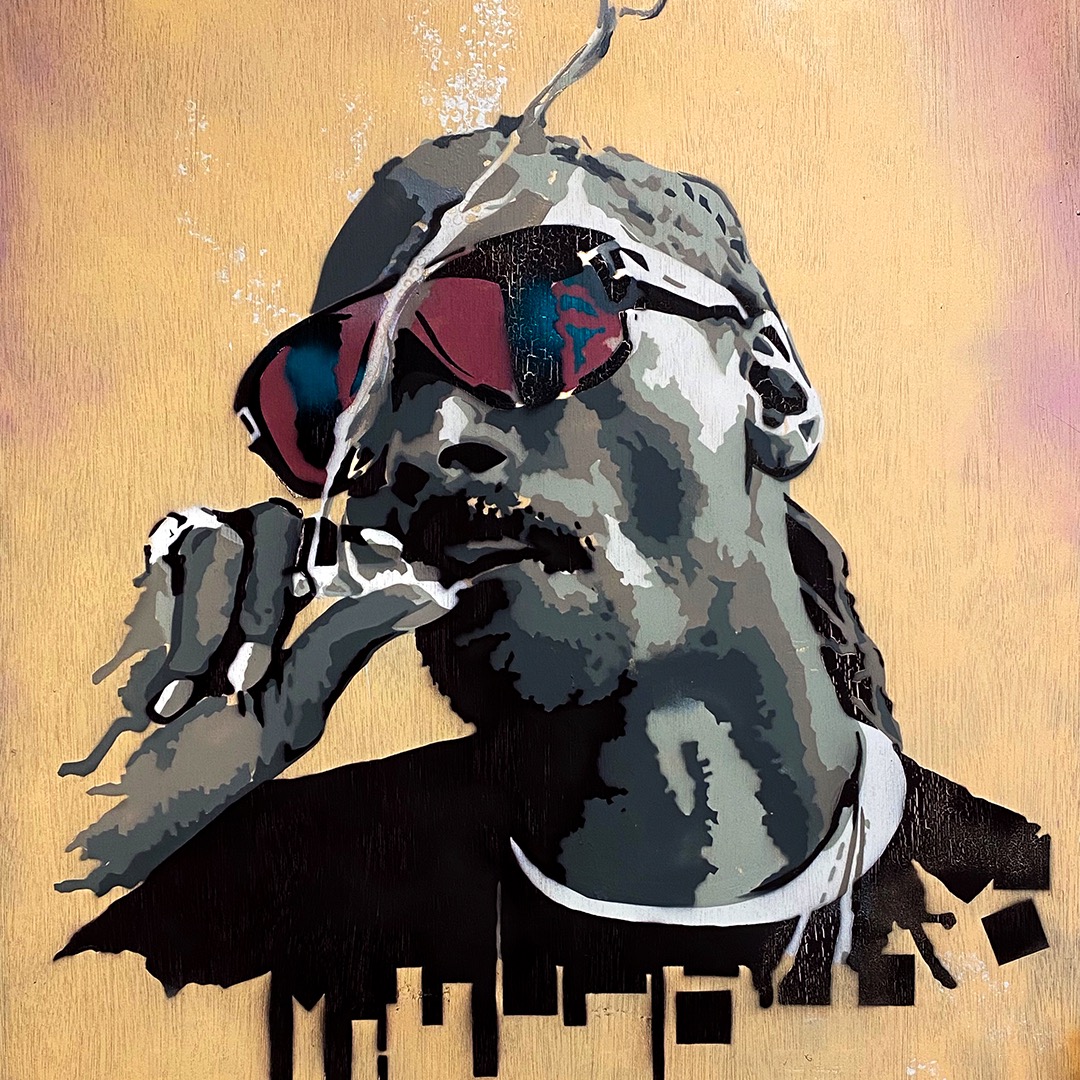 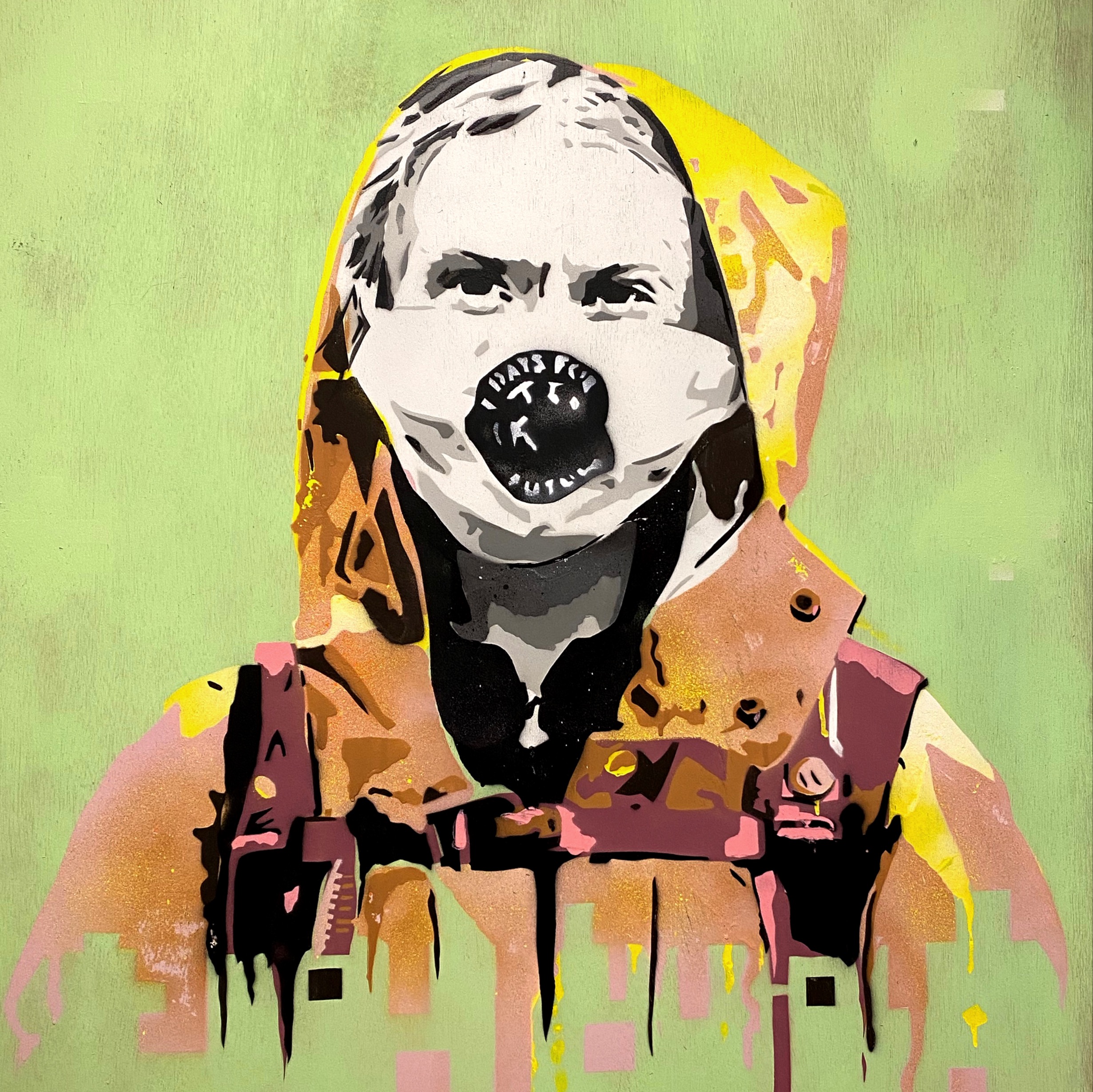 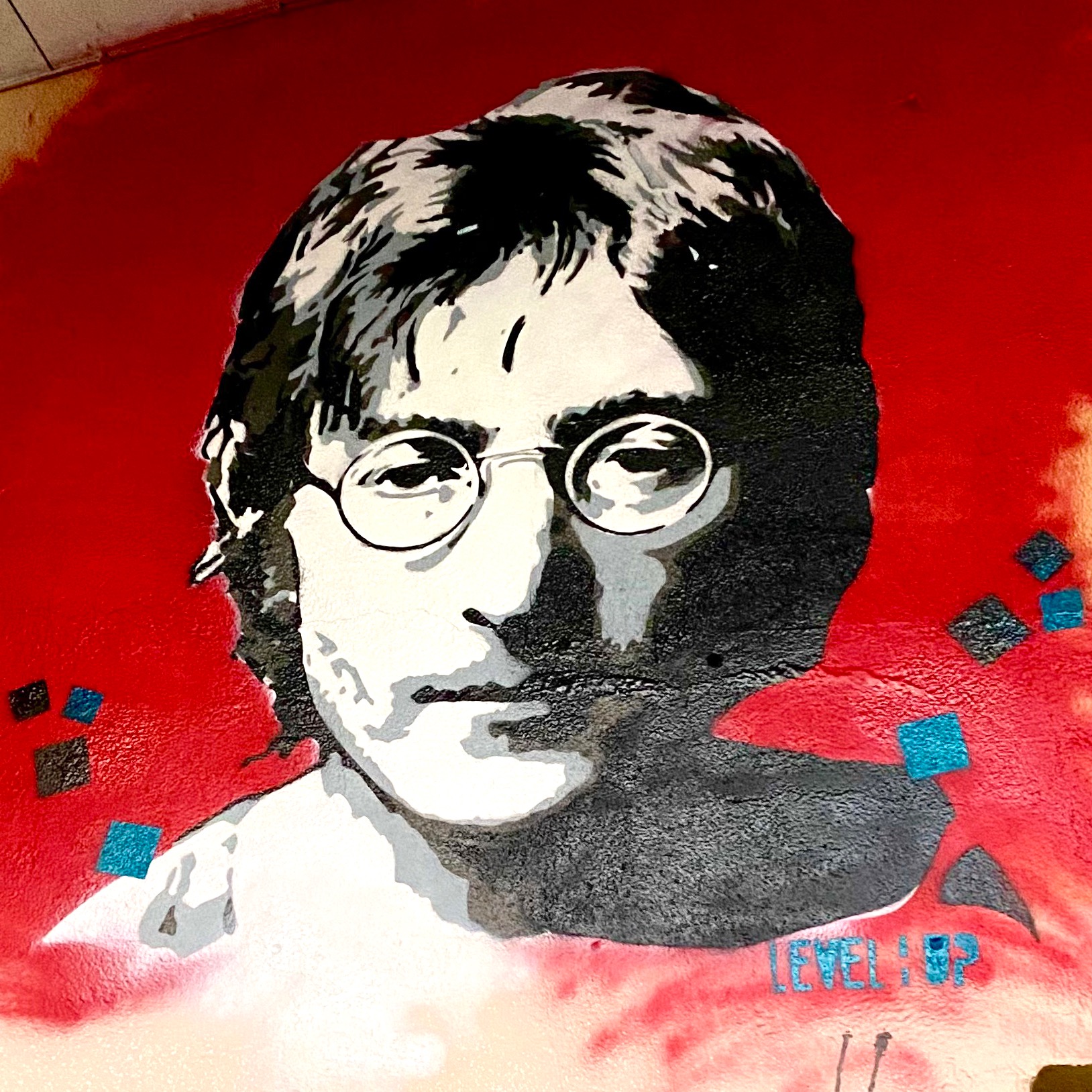 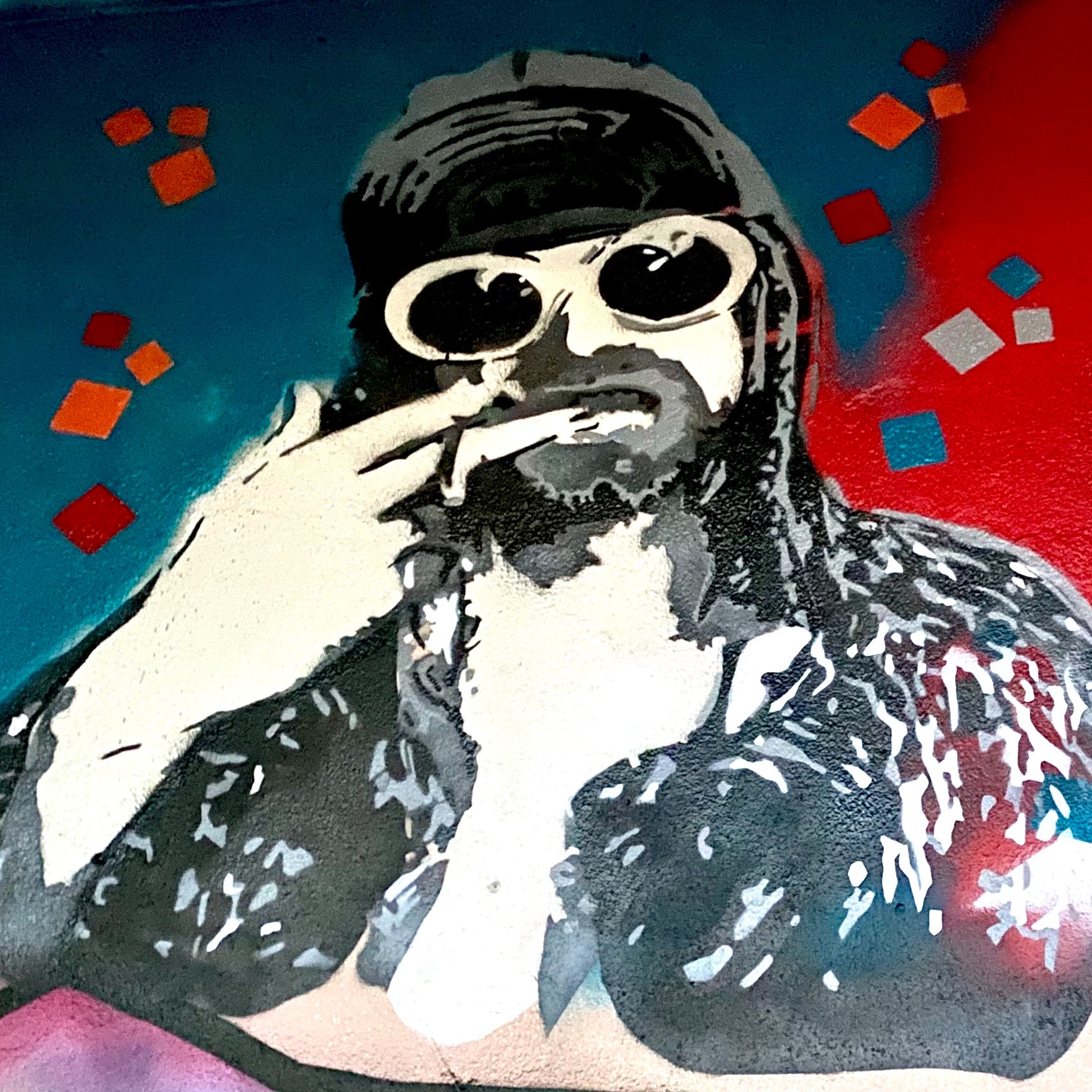 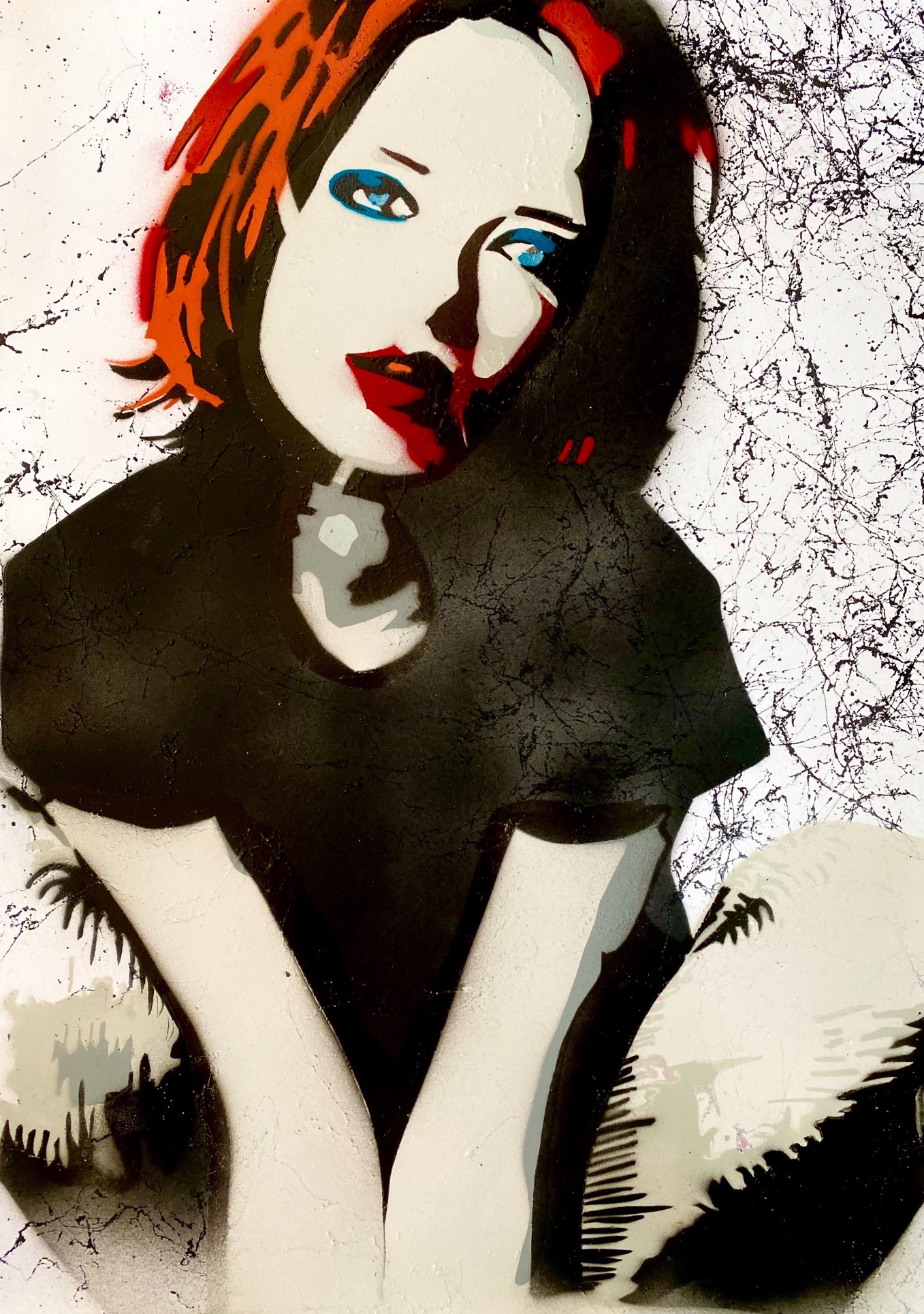 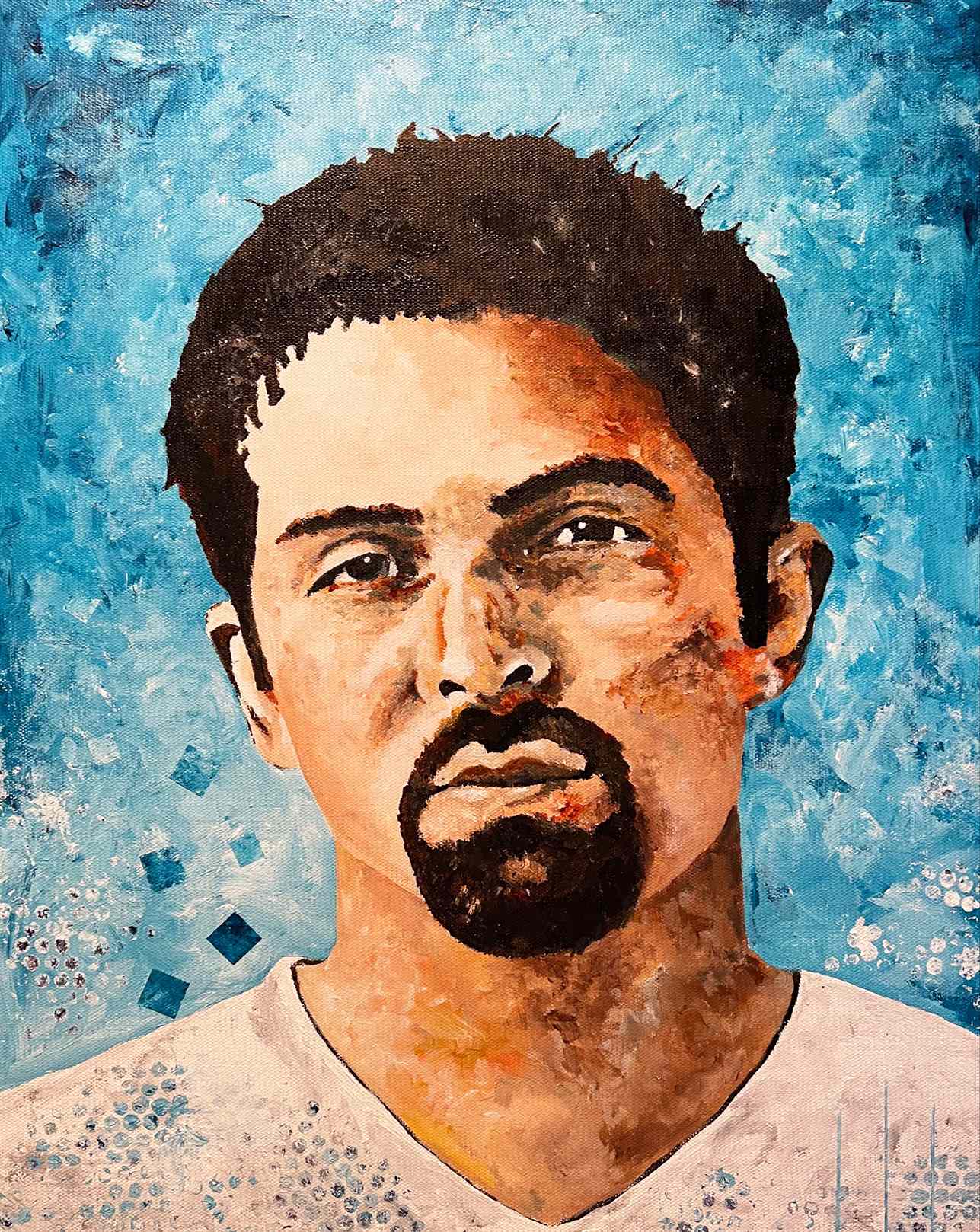 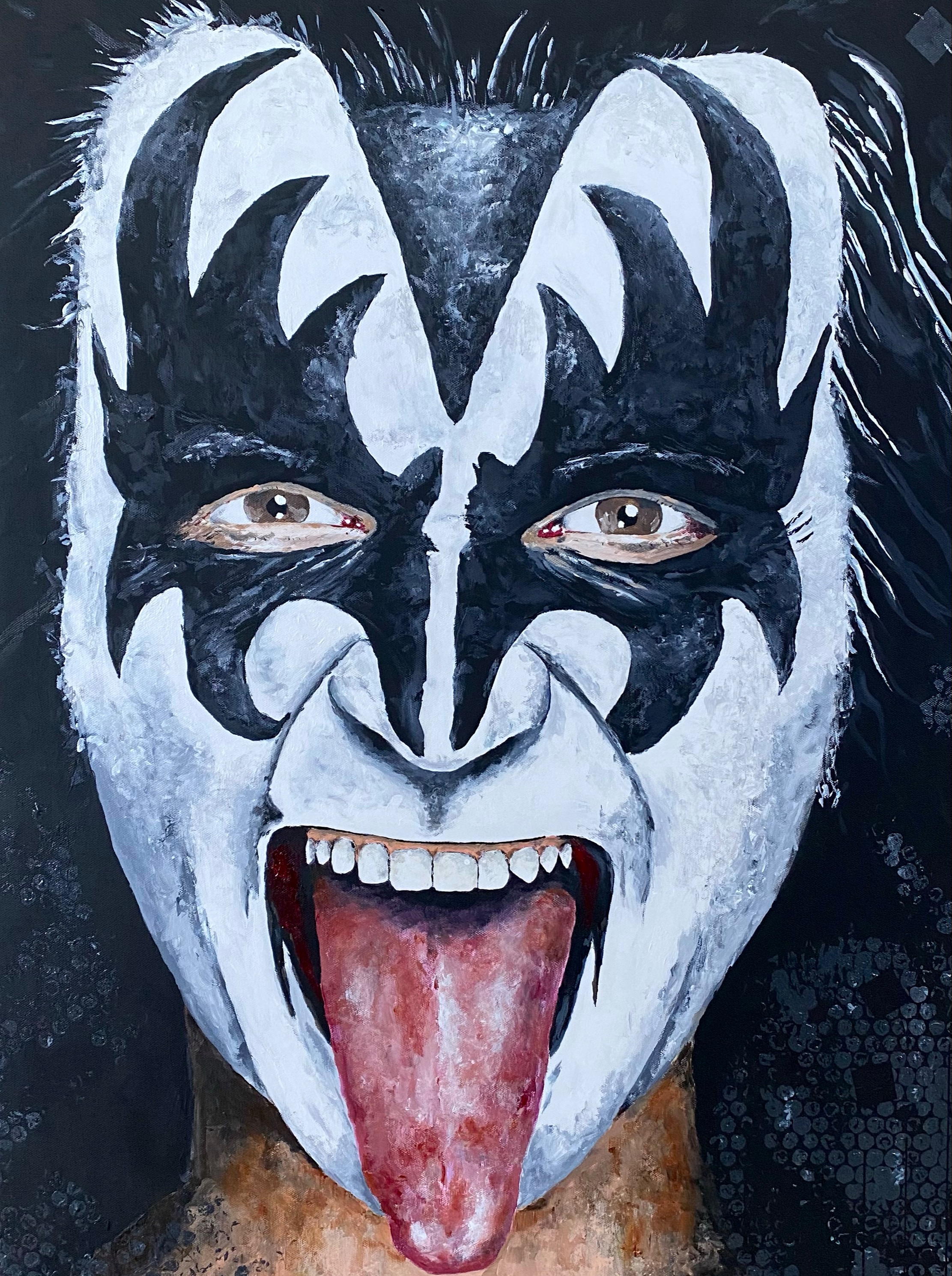 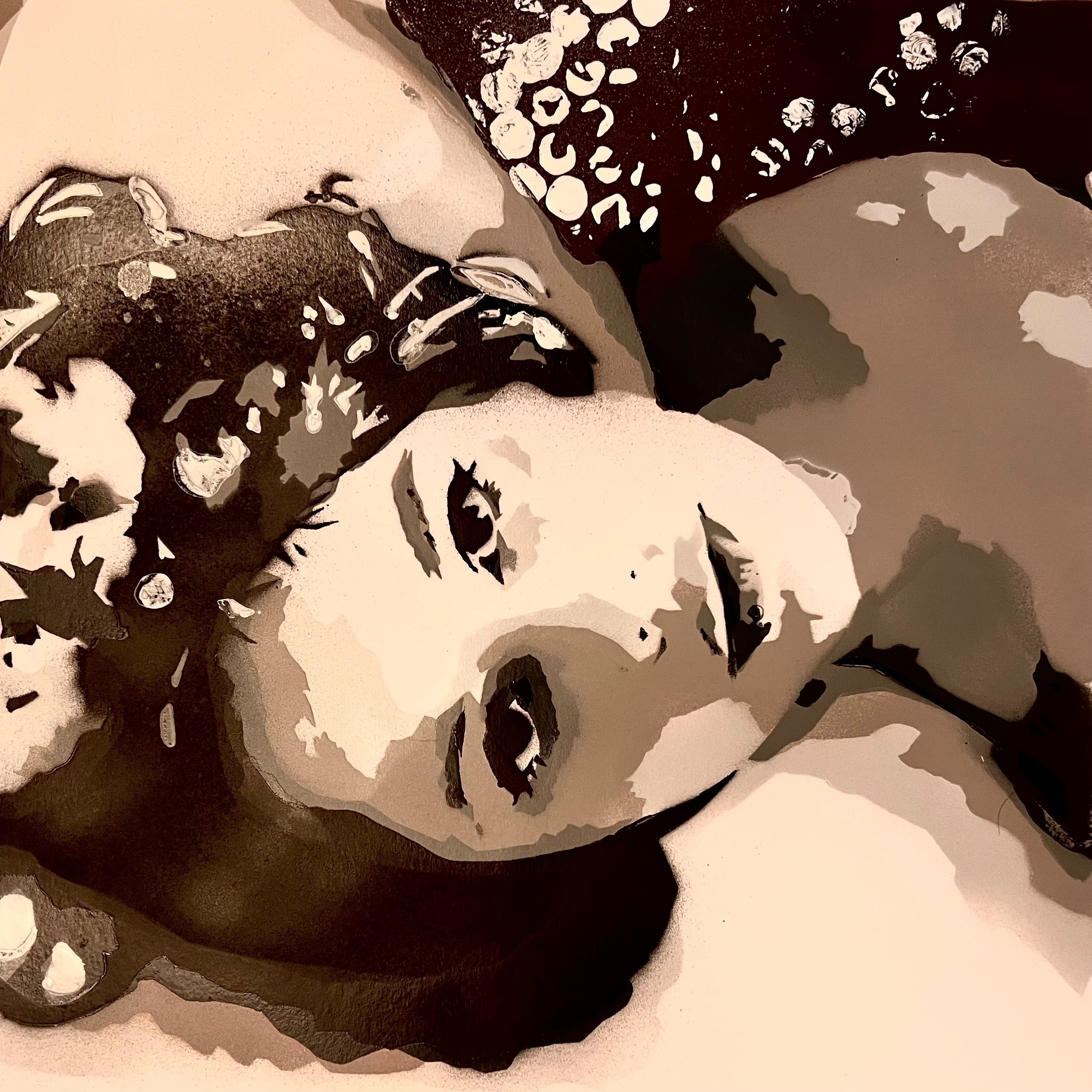 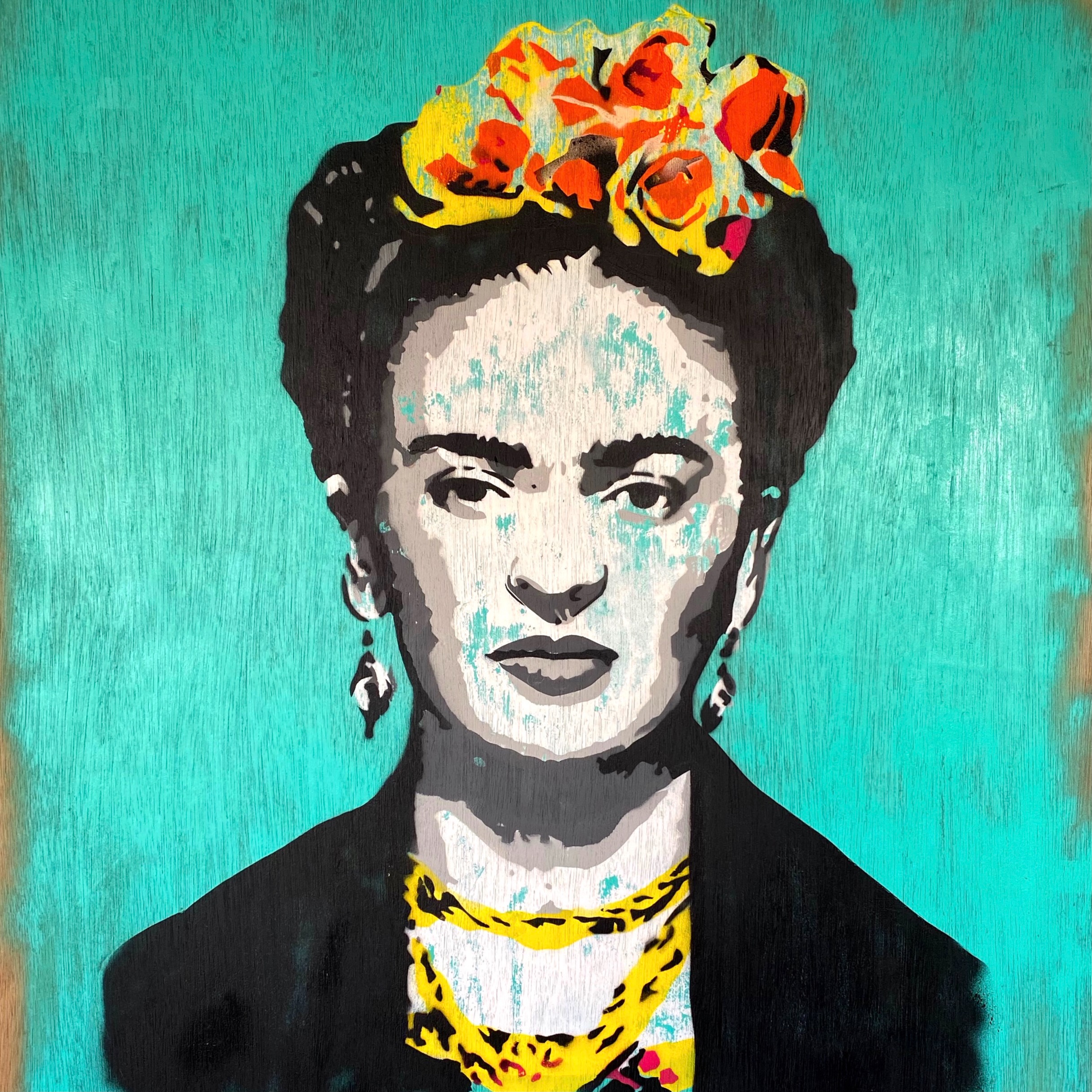 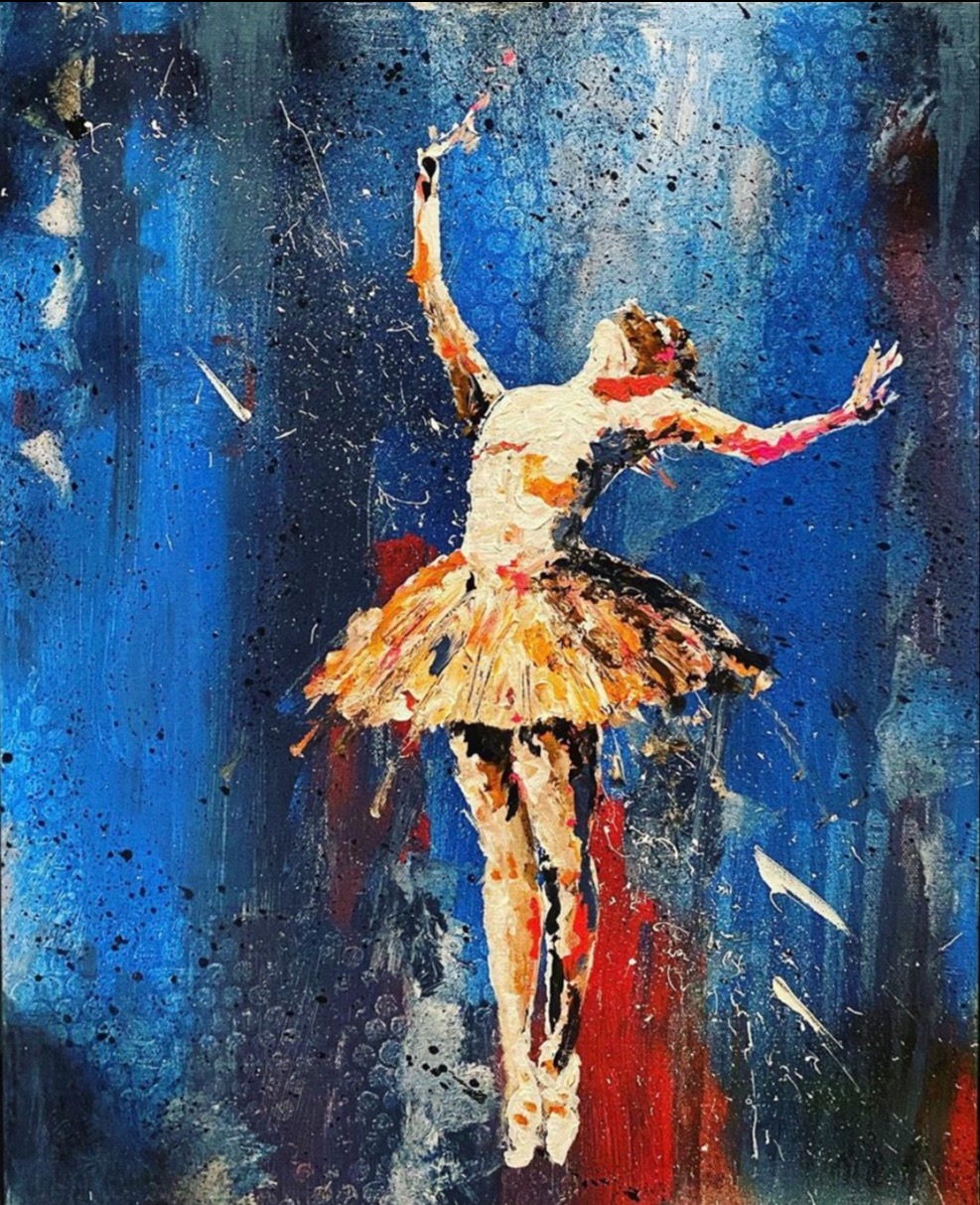 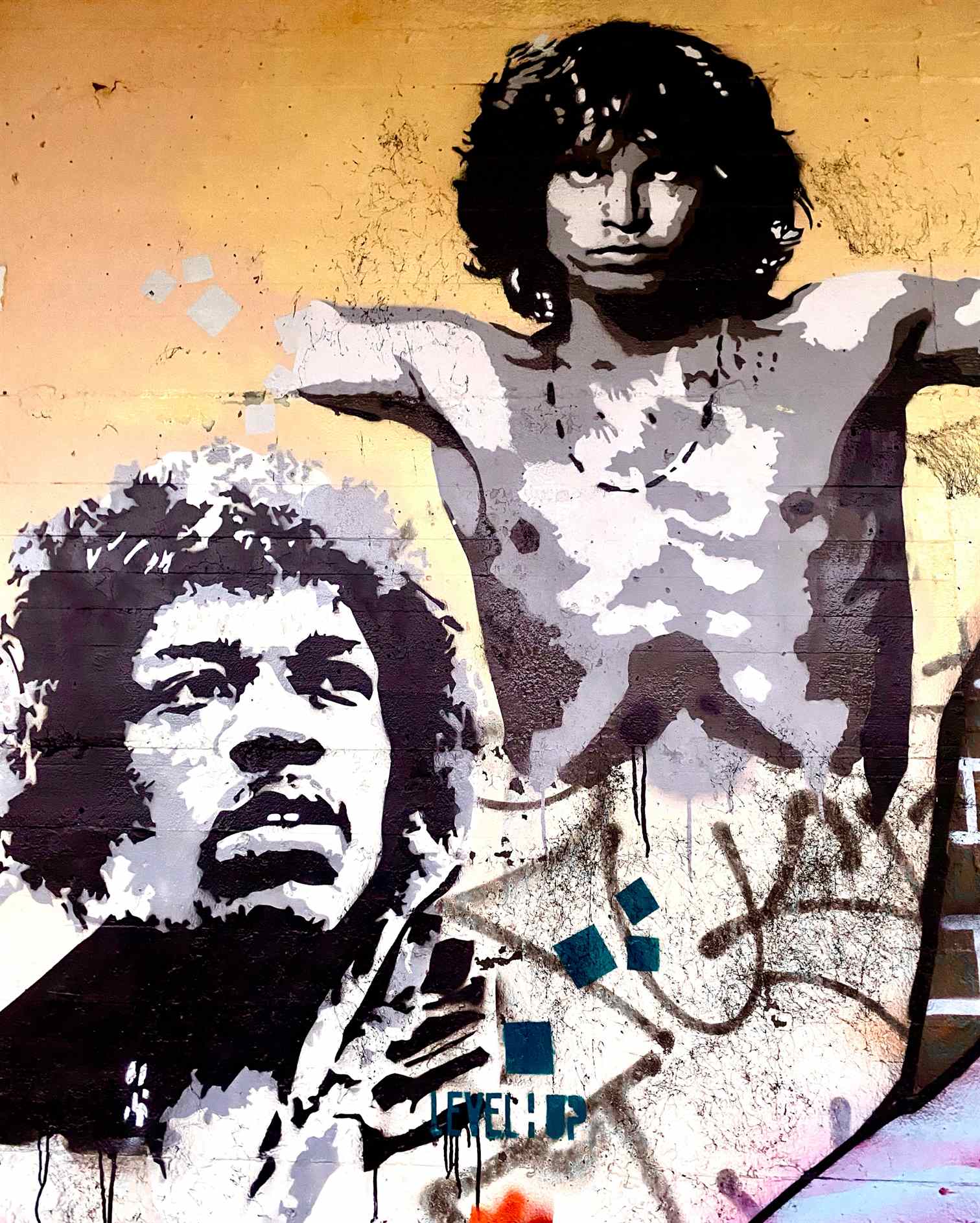 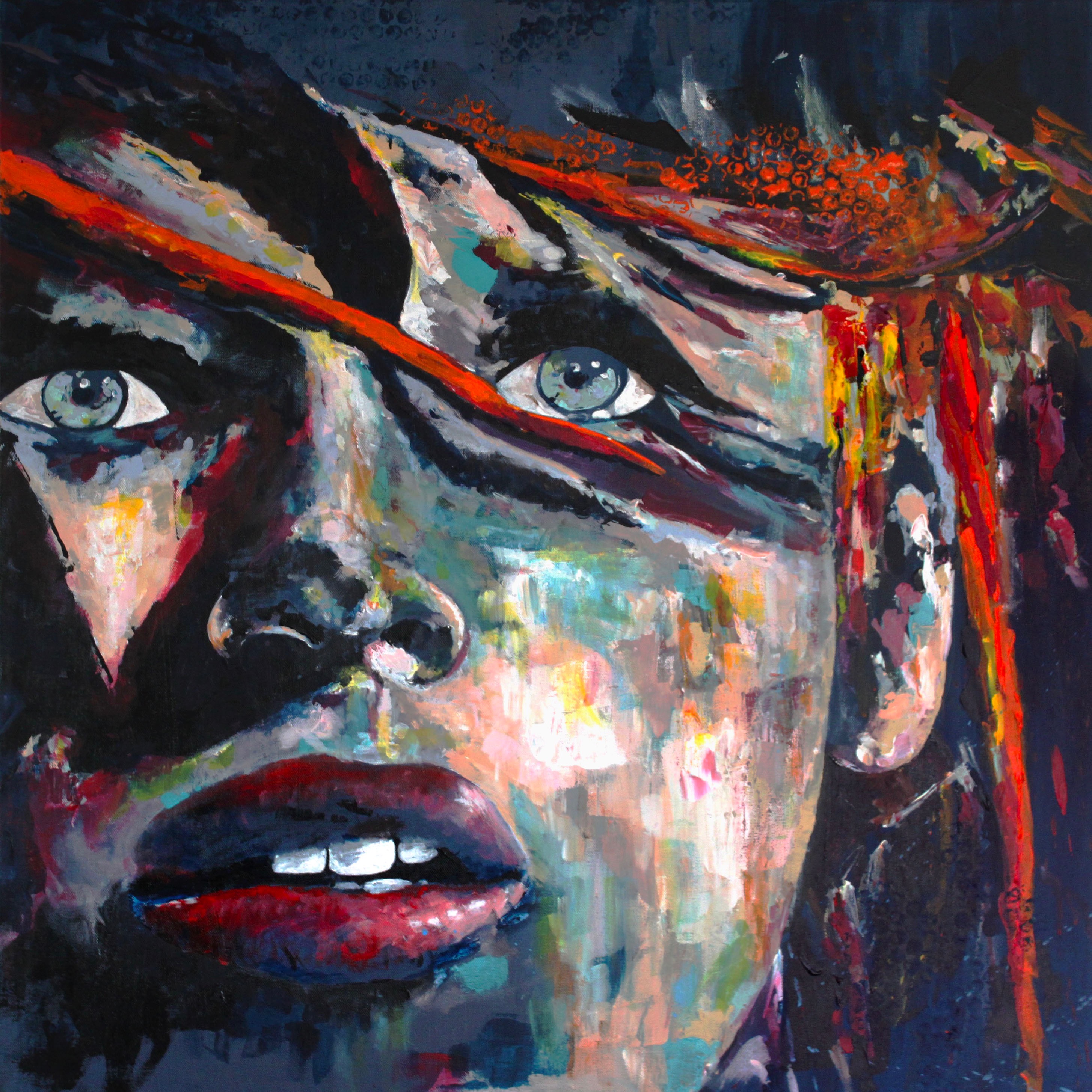